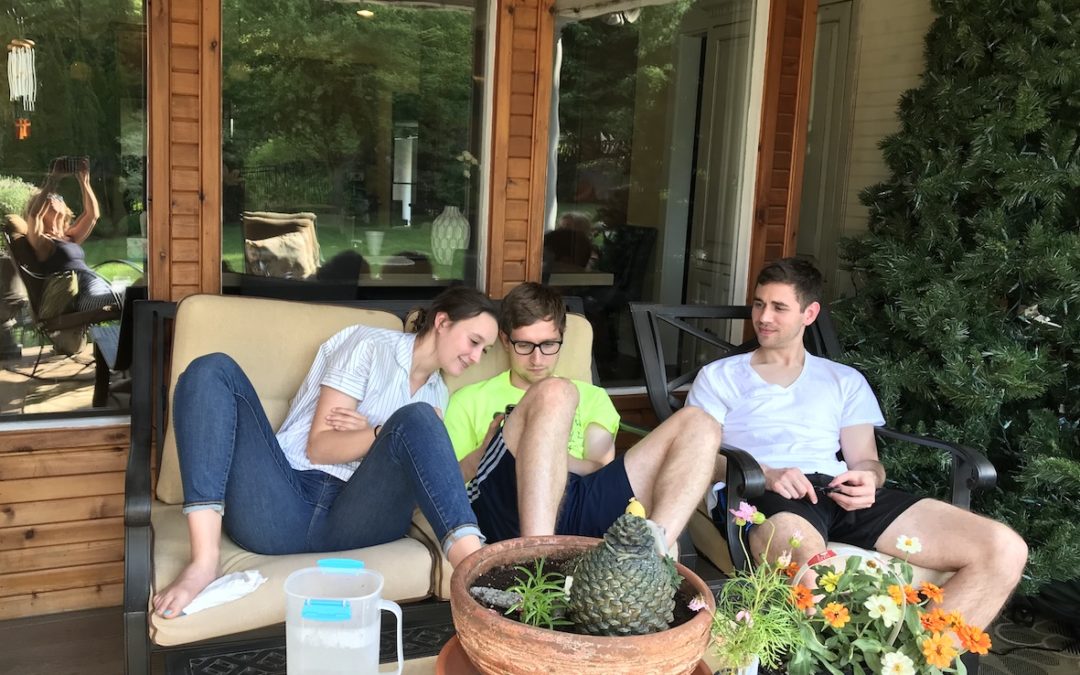 Our family has owned this Christmas tree for about 15 years.  My husband painstakingly restrung it with lights multiple times and one year, we got smart and bought a rolling stand and a cover, so we began rolling it out to the garage after Christmas and leaving it in a corner until the next December.  Two years ago, when we put it up at Christmas, it snapped in two at the base and fell over after we had already decorated it with our decades worth of Hallmark ornaments.   My husband jerry-rigged the base so it would stand up, but it wouldn’t stand up straight anymore. So, we tied it to the living room curtain rod to hold it straight.  We joked about it at the time, but it was a clear symbol of my newfound desire to not let perfectionism rule my life as it did for many years.  Because, trust me, our Christmas tree looked anything but perfect.  It still listed to the side and it had two ropes securing it to the curtain rod.

I’m not really clear why we didn’t thrown the tree away after Christmas that year.  My husband made a comment about trying to fix it.  I humored him.  Once again, it took up a large space in the corner of the garage.  And then the next year rolled around and after looking at it, we made the decision to buy a new tree.  We bought an amazing Costco tree that looked one-thousand times better.  And we paid less for the Costco tree than we had originally paid for our broken one 15 years earlier. Christmas tree technology has definitely come a long way!

You would think that we got rid of that old tree right away, but no, my husband had a great idea (it actually was great) to put it on an open porch we have just outside of our kitchen.  That way, we could see the tree when the lights came on at night.  It was very pretty and added to my minimalist Christmas decorating inside of our house. (I am into efficiency and do not go all out when it comes to decorating for holidays)

After Christmas, I waited for my husband to get rid of the Christmas tree, but nope, he kept it on the porch.  Soon it was time for me to clean the porch and the furniture for Spring, and it was pretty clear that he still wanted to keep the tree.  I did some griping at first but then did a lot of self-talk to “let it go” because it was obviously important to my husband, who said “it looks pretty.”  So, it’s now June, and we have a Christmas tree crowding the furniture on our porch.  I think it’s there to stay until Christmas 2018.

I’m not really sure why it’s so hard for my husband to let go of the Christmas tree.  He was very poor growing up, and he saves things longer than I would.  What I learned from this is that we all have reasons for the things we do, and sometimes we aren’t aware of all of them.  But I really love this man and he never asks for anything.  If having the old Christmas tree on our porch this year is important to him, then I need to let go of my thoughts that it’s strange and support him.